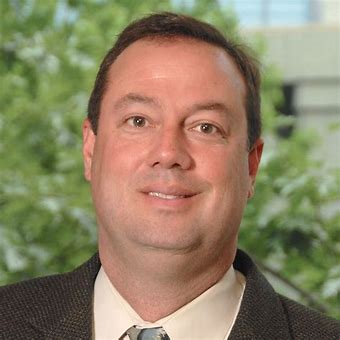 As Medical Director, Dr. Davis provides leadership, innovation and vision to K2P’s curriculum design ensuring that we deliver essential value relative to driving behavior change and improved patient outcomes across the interdisciplinary care team and across the care spectrum for healthcare systems. Most recently, he was exceptionally instrumental in shaping our newest product, CurrentMD COVID, and he authored several modules himself. He reports to Mary Ellen Beliveau.

During his residency, he served as Chief Resident and was named “Outstanding Emergency Medicine Resident.” He has also won numerous grants to pursue research in brain injury and resuscitation. Dr. Davis served as emergency medicine faculty at UC San Diego for 16 years, specializing in both inpatient and pre-hospital resuscitation science. He has authored more than 200 peer-reviewed articles and created the Advanced Resuscitation Training (ART) program, which uniquely links performance improvement data to training to reduce preventable deaths in the hospital and prehospital environments.  He speaks internationally on the topics of resuscitation, ventilation, traumatic brain injury, and prehospital medicine.

Dan obtained his MD from UCSD and holds a BS from UCLA. 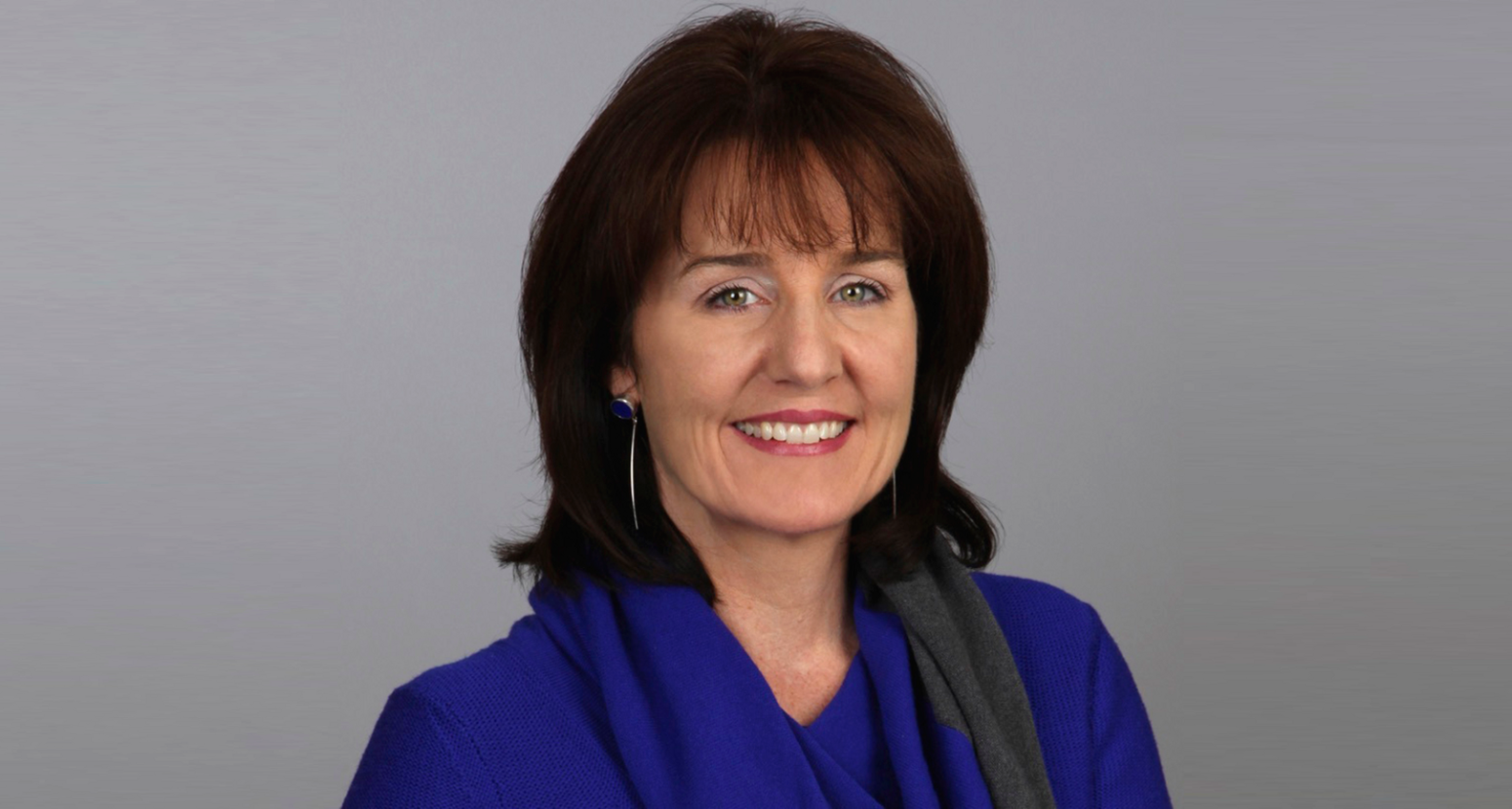 We envision a world where every patient is treated with the greatest clinical expertise possible.  Enabling healthcare systems, hospitals and providers to deliver patient centered value-based care is our mission.

Mary Ellen is the founder of K2P and an impassioned visionary in the world of continuous professional development in medicine.  As founder, she led the development and implementation of K2P’s first-ever offering, a personalized online learning model for the Mayo Clinic.  As Chief Executive Officer she sets the strategic direction of the company including developing new market strategies, innovating products, services and our Go-To-Market model, and ensuring measurable results for both clients and K2P’s business operations.

Her vision is both inspired and grounded by over 20 years of experience innovating postgraduate medical education solutions, including serving as Chief Learning Officer (CLO) at the American College of Cardiology and Executive Vice President of Specialty Sciences at Pri-Med, a Bain Capital portfolio company.

Mary Ellen is currently the Chair of the Board of Trustees for Johns Hopkins Suburban Hospital, and a trustee of the John’s Hopkins Board of Trustees.   Mary Ellen is an active member of Mindshare, an invitation-only network of Chief Executive Officers, from the most promising emerging and high growth technology companies in the Washington, DC region. We were recognized as one of the top DC Innovators On Fire in 2020. Her team won the “2014 MIT Start-up Simulation Competition.” Mary Ellen holds a MEd in adult learning and online instructional design, a BS in business from Bentley University and an executive certificate in strategy and innovation from the Sloan School of Management at Massachusetts Institute of Technology. 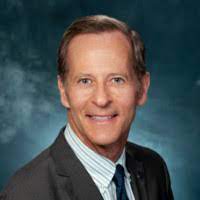 David B. Nash is the Founding Dean Emeritus, and he remains on the full-time faculty as the Dr. Raymond C. and Doris N. Grandon Professor of Health Policy, at the Jefferson College of Population Health (JCPH). His 11 year tenure as Dean completes 30 years on the University faculty. JCPH is dedicated to developing healthcare leaders for the future.  After voluntarily stepping down as Dean, Jefferson Health asked him to take on some additional responsibilities as “Special Assistant” to the Chief Physician Executive, and a member of the board of our ACO, one of the largest in the nation, effective July 2019.

A board-certified internist, Dr. Nash is internationally recognized for his work in public accountability for outcomes, physician leadership development, and quality-of-care improvement.  More recently, he has achieved wide acclaim for his Covid19 thought leadership.

Repeatedly named to Modern Healthcare’s list of Most Powerful Persons in Healthcare, his national activities cover a wide scope.  Dr. Nash is a principal faculty member for quality of care programming for the American Association for Physician Leadership (AAPL) in Tampa, FL.  He served on the NQF Task Force on Improving Population Health and the John M. Eisenberg Award Committee for The Joint Commission.  He also is a founding member of the AAMC-IQ Steering Committee, the group charged with infusing the tenets of quality and safety into medical education.

Dr. Nash has governance responsibilities for organizations in the public and private sectors.  He has chaired the Technical Advisory Group (TAG) of the Pennsylvania Health Care Cost Containment Council (HC4) for more than 20 years and he is widely recognized as a pioneer in the public reporting of outcomes.  Dr. Nash has been a hospital trustee for 20 years.  He served on the Board of Trustees of Catholic Healthcare Partners (now Mercy Partners), in Cincinnati, OH (1998–2008), where he was the inaugural chair of the board committee on Quality and Safety.  He concluded his tenure (2009-2017) on the board of Main Line Health, a four-hospital system in suburban Philadelphia, PA, where he also chaired the board committee on Quality and Safety.  He now serves on the board of the Geisinger Commonwealth School of Medicine (GCSOM). In 2018 he joined the board of the National Investment Center for Senior Housing and Care (NIC) – a national not-for-profit to enable housing choices for elders. Finally, in 2019, he joined the AMGA Foundation Board in Arlington, VA.

In the for-profit sector, he very recently completed nearly a decade as a member of the Board of Directors for Humana, Inc., one of the nation’s largest publically traded healthcare companies.  In 2014 he joined the board of InfoMC, a leading information technology company in suburban Philadelphia.  He is on the health care advisory board for Arsenal Capital Partners in NYC and just joined the board of Tract Manager, a portfolio company of Arsenal.  In late 2018 he joined the board of ANI Pharmaceuticals, a publically traded generic drug manufacturer, headquartered in Baudette, MN.  Finally, he is a board member of FOX Rehab, a portfolio company of Blue Wolf Capital.

Dr. Nash has received many awards in recognition of his achievements.  He received the top recognition award from the Academy of Managed Care Pharmacy (1995), the Philadelphia Business Journal Healthcare Heroes Award (1997), and was named an honorary distinguished fellow of the American College of Physician Executives (now AAPL) in 1998.  In 2006 he received the Elliot Stone Award for leadership in public accountability for health data from NAHDO.  Wharton honored Dr. Nash in 2009 with the Wharton Healthcare Alumni Achievement Award and in 2012 with the Joseph Wharton Social Impact Award. Also in 2012, he received the Philadelphia Business Journal award for innovation in medical education.

Dr. Nash’s work is well known through his many publications, public and virtual appearances, and online column on MedPage Today.  He has authored more than 100 peer-reviewed articles and edited 25 books, including The Quality Solution, Demand Better, and most recently Population Health: Creating a Culture of Wellness (3rd edition).  He was the inaugural Deputy Editor of Annals of Internal Medicine (1984-1989).  Currently, he is Editor-in-Chief of American Journal of Medical Quality, Population Health Management, and American Health and Drug Benefits. He is also on the founding editorial board of TeleHealth and Medicine Today.

Dr. Nash received his BA in economics (Phi Beta Kappa) from Vassar College; his MD from the University of Rochester School of Medicine and Dentistry and his MBA in Health Administration (with honors) from the Wharton School at the University of Pennsylvania.  While at Penn, he was a former Robert Wood Johnson Foundation Clinical Scholar and Medical Director of a nine-physician faculty group practice in general internal medicine.  He has received honorary doctorates from Salus University in Philadelphia, GCSOM, and the University of Rochester.  Dr. Nash has delivered numerous endowed and named lectures across the country.

Dr. Nash lives in Ardmore, PA, with his wife of 40 years, Esther J. Nash, MD.  They have 3 adult children.  He enjoys tennis, jogging, biking, and yoga.